Veteran radio commentator and auctioneer Kevin Hart was at Hamilton’s Rugby Park on July 25, 1981 waiting to cover the Springbok v Waikato rugby game when 300 anti-apartheid protesters tore down a boundary fence and invaded the pitch. Chaos ensued. The match was called off after police heard about a stolen airplane heading to Hamilton. The cancellation saw violence break out as disappointed rugby fans vented their anger on the protesters who linked arms in the middle of the field. Hart, now 74, remembers the scenes well. He says the Springbok protest was a blight on “our country”. “It caused a lot of division at dinner tables, within families, in society. It was a bit of a shock for the system.” He says at the time, he wasn’t on either side. “If you were working there, you couldn’t react one way or the other. I wouldn’t say I am on their side now, but I am more lenient.” Hart was part of the radio crew covering a couple of the Springbok games in 1981, including the first game in Gisborne, then Hamilton and Auckland games. “Gisborne was the warm-up, the first indication of what was going to come. I was also at the Auckland game that got flour bombed. That was really scary, terrifying, because we didn’t know whether the plane would crash onto the crowd.” In regard to the Hamilton game, Hart says: “There was a feeling of anticipation [towards the game], because Waikato had won the Ranfurly Shield [ . . .] and in most people’s minds South Africa was the best team in the world to play against — they were THE team to beat.” Hart was sitting in a commentary box at the “terraces side of the ground”, watching from above. “I could see the protesters coming through the fence [ . . . ], people poured onto the ground from the Eastern End, storming onto the field — was chaos. There was nothing, the rugby union could do.” He says the ground announcer kept making announcements to tell everybody what was going on. “When the game was called off, people were quite bitter. [There was] a huge verbal reaction from the crowd, booing [and] I could feel a lot of anger and disappointment around me. The game meant a lot to the region.” “The scenes [turned] quite violent. I hadn’t seen anything like that before and our parents hadn’t either. [The rugby fans] didn’t think people had the right to call off a rugby game. I don’t think anyone believed it could happen or anyone suspected how much effect the anti-tour movement had.” Hart says: “I feel like a lot of people are more lenient these days, because they are more inclined to reflect what the protest was about.” Hamilton local Darran Gaylor was meant to be a ball boy at the Hamilton game. “Fraser Tech Rugby Club used to run the ball boys back then and I [was one of them] for about two or three seasons. I was 14 at the time [of the Springbok protest]. “The main thing I remember is the noise. Myself and a friend [were about to] walk out of the players’ tunnel when we saw a lot of commotion coming from the referees’ corner and [we were] getting told by someone from the Rugby Union to get back down the tunnel. ”[That was] just before the protesters broke through the fence and fighting broke out with the fans on the hill. My dad was amongst [the fans], but I wasn’t sure where he was in the crowd. I remember seeing him back home later that night and he wasn’t happy that the game didn’t go ahead. [My dad] told me about how the ‘bastards’ [ . . . ] stormed the ground and how him and his mates tried to stop them.” Gaylor says back then, he didn’t fully understand what it was all about, but it was the topic of the time. “One of our teachers touched on it the day before by saying, it had something to do with equality and racism in Africa.” Looking back, he says as a kid he didn’t really think about it or understand it. “Now I see why they protested and these days think it was a sad day for rugby, possibly a good day for the NZ public to get their voices heard on apartheid.” 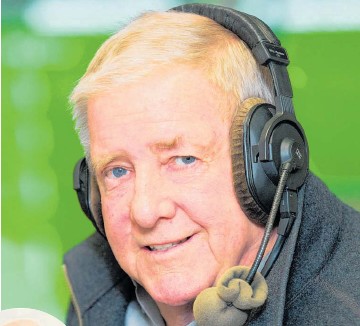