Te Awamutu rescue dog Mister Nigel Murray and owner Stuart Vaughan have won free dog registration for life while living in Waipa¯. The free registration was a promotion by Waipa¯ District Council if residents registered their dog prior to the due date of June 30. All dogs registered early were automatically entered into the draw for the prize, potentially worth more than $1000 for a young healthy pup. The 3-year-old winner Mister Nigel Murray or Nigel for short, a Japanese spitz, is named after a character in the American TV crime series Bones. Vaughan said he was thrilled to hear of the win. “Nigel is such a lovely dog, whenever we are out for a walk people come up and want to pat him.” Since registrations opened in May, more than 6700 or 75 per cent of dogs across the district have been registered. Around 2200 registrations are still outstanding. Council compliance manager Karl Tutty said the number of registrations had increased this year compared to the same time last year. “We’ve seen a boost in the number of people registering their dogs early which is fantastic. Registration is a legal requirement as required by the Dog Control Act and needs to be done each year before the end of June.” Tutty urged owners who hadn’t yet registered their dog to do so as soon as possible. “We have already started the 2021/2022 year. If dogs are not registered before 31 July, a 50 per cent penalty will be added to the original fee.” Registration fees fund council’s 24-hour dog control service, contribute towards administration costs and maintain pound facilities and exercise areas. Registrations can be made online or at council offices in Te Awamutu and Cambridge. 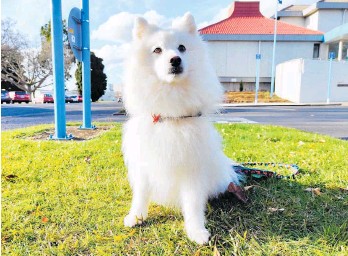