Abattery swapping station for electric trucks is among new lo- emission transport projects getting Government co-funding, Energy and Resources Minister Dr Megan Woods announced last week. “So far, we only have a few dozen electric trucks on the road but innovations like battery swapping stations for E trucks will save valuable time for truckies,” said Megan. “It will mean they'll be able to quickly swap in a fully charged battery to continue their journey, leaving the old battery for recharging later and at off-peak times when electricity is cheaper. “This is exactly the kind of innovation the Low Emission Vehicles Contestable Fund is here for, to address barriers that may be in the way of faster low-emissions transport uptake. “The technology is advancing at pace, and I'm confident the E truck project will demonstrate the potential for further electrification of the heavy fleet.” In total, 22 projects will receive $6.5m in round 10 of the fund, which focuses on investment in heavy transport and the public charging network. Recipients will contribute an additional $12.8m. Round 10 is made up of: ● Three technology/battery testing projects; ● Seven heavy electric trucks projects; ● Eleven charging infrastructure projects; ● One van project. Megan announced the round 10 recipients at an event to launch an EV and E bike sharing pilot at the O¯ tautahi Community Housing Trust, which is giving its tenants the opportunity to share, rather than own transport. “Sometimes innovation isn't just about the technology itself, but how it can be used. Community projects where people can use an EV or E bike, without having to buy them, is a great example of this,” she said. The minister noted that the round 10 projects come from the final round of the LEVCF in its present form, as the Government will progressively increase the size and scope of the fund to $25m a year by 2023/24. “Expanding the scope of the fund will not only further help us tackle transport's climate impact, it will also encourage more growth in the lowemissions technology sector.” It will then be renamed the Low Emissions Transport Fund, details of which will be announced by October. The fund is one of several initiatives in the Government's Electric Vehicles Programme. 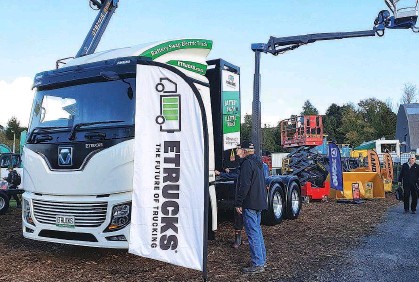