Te Awamutu farmers and tradies turned out in large numbers last Friday to take part in the nationwide Groundswell Howl of a Protest rally against the growing number of government regulations. A sight even unfamiliar for a rural town is thousands of a tractors and utes descending into main centres across the country as they swapped the farm paddocks for the streets. Here, they filled Alexandra St and all the main surrounding streets as they worked their way through town. Local organiser Lee Smith says there was up to 600 participants in Te Awamutu. “I was thrilled with the response, the turnout was a reflection of the way those affected by the unworkable regulations are feeling,” says Lee. The protest was organised against policies such as the Clean Car Discount, which will subsidise clean vehicles by charging fees on highemissions vehicles. And they are calling for a rewrite of what they describe as unworkable regulations including those regarding freshwater, indigenous biodiversity, climate change and the Crown Pastoral Land Reform Bill. Lee says there is also great concern for labour shortages and mental anguish that many are suffering through. “Many conversations were centred around the frustrations at not being heard by this Government and the oppressive one-size fits all approach to regulations,” says Lee. “The clean-car scheme or EV tax was the straw that broke the camel’s back.” From Te Awamutu, some protesters convoyed to O¯ torohanga Club where they met up with protesters from Te Ku¯ iti and O¯ torohanga, totaling a group of around 600, for a meeting. Before the meeting, all three groups did a lap of the town. At this meeting a robust discussion relating to all their concerns were made. Representatives from the National and Act parties attended the meeting also to listen to concerns. Lee says a Labour representative was invited, but they were not in attendance due to being at an education meeting. “It’s their responsibility to take the concerns of those they represent back to Parliament,” says Lee. Groundswell has stated that further action will be taken if, by August 16, sufficient moves by the government to address their concerns have not been made. 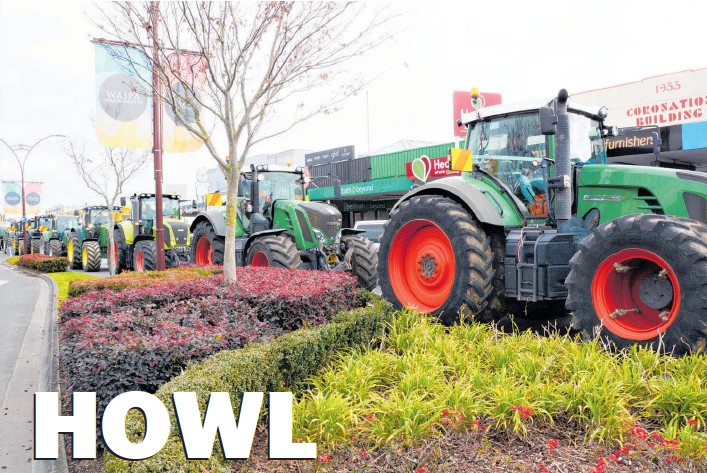 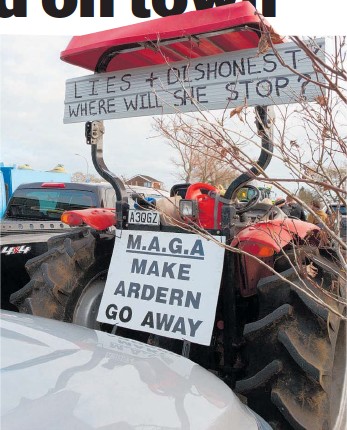