Asociety dedicated to preserving local history has a history almost as long as some of the items it preserves. The Eltham and District’s Historical Society has been operating for almost half a century. Established in 1972, the group preserves historic items for future generations. Administrator Maree Liddington joined the society five years ago. “I was a member of the community board and the society had put in an application for funding. I helped them with that and once I retired from the community board I joined the group.” The group is made up of volunteers who preserve photos, documents, articles and undertake research for individuals looking into their family tree and businesses wanting to know about the buildings they inhabit and their history. “We’re not a museum, we’re a research centre dedicated to local history.” Maree says the archives are filled with interesting things. “When we were cleaning up the maps and photos we found a photograph labelled ‘eight old men’. The men were dressed in suits and waistcoats and we soon discovered it was the 15th Prime Minister of New Zealand Richard Seddon and his cabinet.” Maree says the building is being renovated. “We’re in the first stage of our project which is upgrading the exterior. We’ve received support from the Taranaki Electricity Trust, the Toi Foundation, the Eltham Lions Club, and the Lloyd Morgan Trust. With their help we have a new roof, new windows, and we’re about to complete plastering and painting of the outside of the building. Stage two is interior work.” Maree says people shouldn’t throw out documents and photos. “They never know what hidden treasures they have so we encourage them to give them to us.” For more information visit their Facebook page. The Eltham and Districts Historical Society is open Thursdays and Fridays 1pm-3.30pm and at other times by appointment. 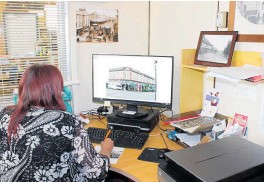 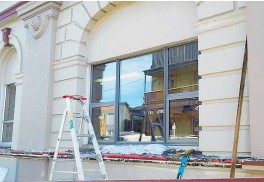