Praise and prizes for Hastings

Hastings District Council has scored its first — and second — wins at the Local Government Excellence Awards, with two of its three nominated projects topping their categories and the other highly commended. The Hastings Place-Based Housing Plan won the Kainga Ora Homes and Communities Excellence award for Social Wellbeing and Toitoi Hawke’s Bay Arts and Events Centre won the Creative New Zealand Excellence Award for Cultural Wellbeing. The Mahi for Youth programme was also highly commended in the Kainga Ora Homes and Communities Excellence award for Social Wellbeing. The council has been a finalist in previous awards, but had never won before. Hastings mayor Sandra Hazlehurst said she felt “incredibly proud and humbled” to accept the awards. “To be recognised on the national stage of local government is something I will never forget.” The Hastings Place-Based Housing Plan was developed in response to the severe housing shortage in the district and has been accepted by the Government as a pilot programme. It is the second award the project has won, earlier in the year winning the BERL Award for Collaborative Government Action in the 2021 LGFA Taituara¯ Local Government Excellence Awards. The LGNZ judges said it was a “stand-out project demonstrating innovation and leadership in housing processing and planning”. “Hastings District Council’s collaboration with Government and non-government organisations to build homes is a fine example of what every council in the country should do.” Toitoi Hawke’s Bay Arts and Events Centre manager Megan Peacock-Coyle said the award was “such an endorsement of what we’ve set out to do”. “We were up against some incredible projects and incredible things that other local government is doing.” 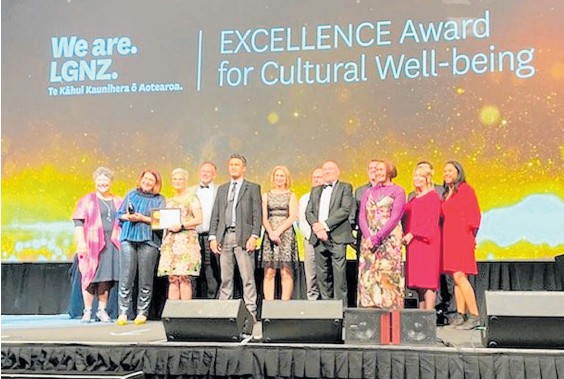